It was my fault. I take responsibility, for being a jackass.

Does it matter if my intent matters, to me?

What if I thought it was right, when I did it, for the good of all of creation? I get a pass for ignorance or impotence?

In my mind and heart, then; I couldn’t have known they would follow suit… Mess up a good thing I done. Never know if it would have worked now. It is what it is.

Now Is that a contrite heart? About a bowl of porridge? Take what Love gives and ask for more… wait patiently, until you deserve it.

Noah is of Nahum; who was of YuGo’Seth Knotzee Ramada InHuman An’hermogenesis Oblivesoussr… you see then, now, the problem with that.

It was a nice idea, until January found out. December gets a month too, guaranteed in the contract treaty of alliance. You actually will kneel, bow and be freed and liberated. Until you work out your New Years resolution’s; to our constitution, this year.

[My son] hurry off to Media, for I believe the word of God that Nahum spoke about Nineveh, that all these things will take place and overtake Assyria and Nineveh. Indeed, everything that was spoken by the prophets of Israel, whom God sent, will occur.

P.S. What happened to Nashon & Phinehas? Are you irreverent about it? You need Rahab to explain it to you? Gnash your teeth, don’t bite your tongue or lip. 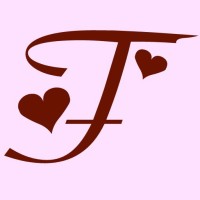